Who is Caring for the Carers? 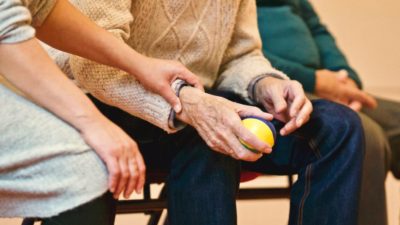 Who is Caring for the Carers?

According to figures from the Carers Trust, there are around 7 million carers in the UK, and with an ageing population, this is only going to increase. Carers sacrifice a lot to look after their loved ones, but who cares for them?

Many people in caring roles are stressed out, anxious, and depressed, and unfortunately, the right help is not always available when it’s needed.

It’s estimated that one in five children and young people are carers, and only half of them have access to support at school. Their caring responsibilities can mean they miss a lot of school and this affects them in the future.

One in five people between the ages of 50 and 64 are carers. Over 60% have physical health problems themselves, and they are also prone to suffering from mental ill health due to their caring role.

The realities of being a carer

Most carers are someone’s family or friend

Many people care for someone they love with very little financial support or other kinds of support, and as a result, it can be a physically and mentally demanding struggle.

Many carers keep their jobs, but many don’t

Though many carers do combine work with their caring role, many don’t. In fact, one in five carers gives up work to care for someone.

Mental and physical health problems are common among carers

As well as having a negative effect on mental health, caring for someone can also affect physical health. Being a carer is associated with a 23% higher risk of stroke than someone who isn’t in a caring role.

When the caring role comes to an end, whether it’s because someone passes away or goes into long-term care in a nursing home for example, carers can feel lost and without direction.

So what opportunities are there for carers who have had to give up work, or whose caring role has come to an end? They are likely to have lost some of their confidence and might ask themselves ‘what’s next?’

I’m delighted to say that Traincon Learning are joining forces with Essential Beauty Academy in Northumberland to offer a programme that will help to reduce the isolation that many carers experience, and build their confidence by providing training in both beauty therapy skills and mental health awareness. The programme will also be a great springboard into further training and employment opportunities.

The programme is called ‘Heal Yourself, Build Your Future’ and it’s fully-funded and open to anyone in a caring role who feels stressed and isolated and wants to learn new skills.

What will I learn?

The benefits of taking part in the programme

Taking part in the programme will:

When is the programme running?

‘Heal Yourself, Build Your Future’ will run for 2 days (Friday 28th February and Friday 13th March) from 10am-3pm in Ashington.

Are you a carer who would like to get involved?

Over 16 months since I have trained in the classroom. Today I packed and dusted off my reliable suite case. Very da… https://t.co/Xf0TGV7FO2
37 days ago
It’s ‘Mental Health Awareness Week’ and my latest blog looks at the effects of back to work anxiety, impostor syndr… https://t.co/54hmg4HCTD
86 days ago